New Features and What To Expect 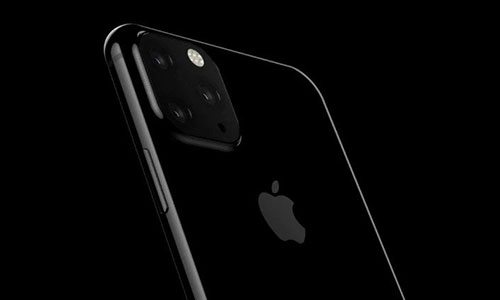 In the countdown to the announcement of Apple's next-generation iPhone, we take a look at all of the specs and features rumoured to be a part of the tech giant's flagship phone. We can expect a handful of minor tweaks improving the overall performance and UX of the phone, but what you are probably more excited about are the must-haves: the ground-breaking and industry-leading innovations and technologies that has made Apple the world’s most valuable publicly-traded company.

Huge new features include bilateral charging, three rear-facing cameras and a new A13 processor, among others.

First things first: the names of the phones

The overall online consensus is that Apple will call its next flagship phone the iPhone 11 or XI. It is also predicted that, like last year with the iPhone XR, XS & XS Max, this year three phones will be unveiled: a lower-price successor to the XR, a mid-range XS and a supersize model similar to the XS Max. However, what the names will be is still a mystery. People have guess iPhone 11 Pro, 11R, 11 Max, and even 11 Pro Max.

Will they have 5G capabilities?

Apple is behind its rivals when it comes to 5G capabilities. Most new android phones will have 5G capabilities over the coming months, but since Apple was embroiled in a legal battle with Qualcomm to use their technology which was only resolved in April 2019, it was too late to include 5G in this year’s range of iPhones. So, if you want an iPhone with 5G, wait until 2020.

When can we buy?

According to some sources, the iPhone 11 series will be available to preorder on 13th September, 3 days after its launch. iPhones typically go on sale the Friday after the launch event, which means 20th September this year.

How much will it cost?

Apple’s sales seem to be falling so it would be a great risk to increase the prices on from last year. Estimates place the prices equivalent to last year’s models, starting at £999 in the UK or $999USD in the US. 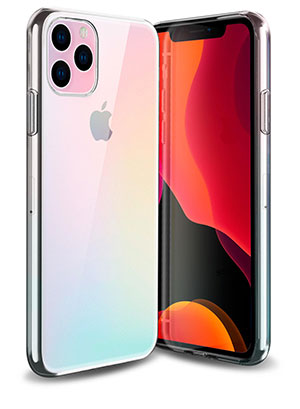 The biggest change people are awaiting is the camera setup: 3 rear-facing lenses. It will most likely be available only on the highest-end phone (the Pro) and mean that Apple is competing with Huawei, Samsung and Google in the megapixel arms race. The 3 lenses will give the phone a greater capacity for wide angle shots.

Apple analyst Ming-Chi Kuo shared that the new generation iPhones will have bilateral charging capabilities. This means you will be able to use your iPhone’s battery to share some juice and charge other iPhones or the new AirPods with the wireless charging case.

Kuo also says the new iPhones will have bigger batteries, leading to an increase in battery life by 2%-20% (depending on model, presumably).

3D touch, which was a huge feature on the iPhone 6 range of phones, will most likely have been dropped by Apple this year. This feature meant you could press harder on the screen to bring up other menus.

However, Apple is rumoured to have developed a new Tap-Tic Engine which will continue their evolution of the Haptic Touch technology initially released on last year’s iPhone XR. Haptic Touch allows you to hold down to unlock extra features.

Last year’s A12 chip that powers the 2018 range of iPhones was very powerful, enough to be competitive with the best Android phones in 2 years, one commentator said. The processing chip for this year’s phones is said to be even faster, meaning Apple isn’t taking anything for granted.

Features that WON’T be in the new range of iPhones

These phones will most likely not support 5G – wait for next year’s line up if you’re looking for a phone to hold on to for a few years. 5G networks are being built up over the next few months, and if you want to be a part of this innovation soon (without having to buy another phone in a few months’ time) then you should wait.

Apple will not be showcasing any foldable phones this year either. That has been predicted to be 2020 or 2021.